10 Driving Tips to Lower the Risk of Hitting an Animal

The SPCA call centre is open 7 days a week and should be used to report cases of wildlife in distress or complaints of animal cruelty and neglect.  Hours of operation are 8:30 a.m. to 6 p.m. Monday to Friday, and 9 a.m. to 5 p.m. Saturdays and Sundays   To connect with the BC SPCA Call Centre, call 1-855-622-7722.  If this is an animal emergency outside of these hours, please contact your local police department, RCMP or the Conservation Officer Service (RAPP)

Le Nichoir Dedicated to the proper care and treatment of injured and orphaned wild birds and releasing them back to their natural habitat since 1996.

Bear Aware – Wildsafe BC Bear Aware’s mission is to reduce the number of bear-human conflicts in communities through education, innovation and cooperation.

Bear Smart BC Core Purpose:   Bear Smart BC will be an strong partner in the development of open communications, problem-solving, and strategic planning  to reduce human-bear conflict issues in the province of BC and further afield. Bear Smart BC will provide input to develop effective and consistent policies, procedures, and build solid partnership between public and private stakeholders.

Association for the Protection of Fur-Bearing Animals (APFA) APFA provides practical and hand’s on solutions for communities to coexist with wildlife. Since 1953, APFA (also known as Fur-Bearer Defenders) has been working to end the commercial fur trade. We also provide practical hands-on assistance to municipalities across Canada seeking to minimize human-wildlife conflicts, particularly related to beavers and coyotes.

Born to be Wild Rehab Centre (B2BW) Wildlife rescue, rehab and release.    Mission:to medically treat and rehabilitate wildlife, to partner with the citizens of the Triport area, to establish a facility and to educate our schools and public on wildlife and environmental issues

Mountainaire Avian Rescue Society – MARS Our Mission is to conserve and protect native wildlife and its natural habitat through education and rehabilitation. Our Objectives: To provide a safe, stress-free environment for wildlife to recover.To contribute to the knowledge and understanding of wildlife by participating in research, and sharing information with wildlife and professional organizations, and the general public through meetings, lectures, displays, workshops, seminars, conferences, reports and publications.

Vancouver Aquarium’s Marine Mammal Rescue Centre A hospital for sick, injured or orphaned marine mammals. Each year, the Rescue Centre rescues over 100 marine mammals and rehabilitates them for release back into their natural habitat.   If you see a marine mammal that you believe is in distress, contact us at 604-258-SEAL (7325)

Wildlife Rescue Association WRA provides leadership in rehabilitating wildlife and in promoting the welfare of wild animals in the urban environment.  Rescue and rehabilitate indigenous birds and small mammals.

Deer Plan Oak Bay The Urban Wildlife Stewardship Society (UWSS) is a new citizen-led organization formed following the recent lethal deer cull in the municipality of Oak Bay, part of greater Victoria, BC, Canada.      We believe there are effective and sustainable, non-lethal solutions to human-deer conflicts in Oak Bay, the CRD and other urban areas.

WildARC (Animal Recovery Centre), Victoria Rehabilitate raptors, mammals, amphibians, reptiles, and migratory birds. This is the wildlife arm of the SPCA in Victoria.

The Raptors Our team is comprised of a group of biologists and falconers on Vancouver Island who created The Raptors to bring people closer to birds of prey.  Our goal is to educate, illuminate and encourage a sense of personal responsibility for the future of these essential creatures we share the planet with.

OASES (Organization Advocating Sanctuary for Endangered Species)
Saving endangered species, and connecting people to nature in meaningful ways.
We strive to set an example for environmental stewardship and responsibility.  We do this through the presentation of focused educational and recreational experiences that support programs to save endangered species, and the development of conservation centres of excellence.

Critter Care Wildlife Society, Langley Rescue and rehabilitate large and small wild mammals.   Critter Care Wildlife Society specializes in the treatment, care and release of sick, injured and orphaned Native Mammal species of British Columbia’s Southern and Lower Mainland. We are the only facility in BC specializing in the care of mammals and one of only four Bear Rehab facilities in the province. In addition to rehabilitation we are  involved in community based education programs at primary, secondary, and collegiate levels.  We also work to educate the public through involvement in civic groups, seniors homes and  assist other wildlife management organizations

Elizabeth’s Wildlife Centre, Abbotsford Caring for injured, orphaned and sick wild birds and small mammals.  Elizabeth’s Wildlife Center was established in 1986, and became a non-profit organization in 1999. Elizabeth Melnick, founder and primary caregiver of the Center, is a qualified registered nurse and wildlife rehabilitator. What first began as a rescue center from her home, expanded into Elizabeth’s backyard with construction of aviaries and small housing facilities.

Vancouver Aquarium Marine Mammal Rescue Centre, Vancouver Hospital for sick, injured or orphaned marine mammals. The Marine Mammal Rescue Program cares for marine mammals found injured, ill or abandoned, until they can be returned to their natural habitats.  The program will rescue any marine mammal. In the past, we have worked with harbour seals, Steller sea lions, northern fur seals, northern elephant seals, sea otters, and some cetacean (whale, dolphin and porpoise) species.  Anyone seeing a stranded animal is asked to call 604 258 SEAL (7325) for assistance,

World Animal Protection’s Guide to being Animal Friendly on Holiday 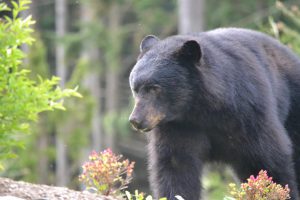